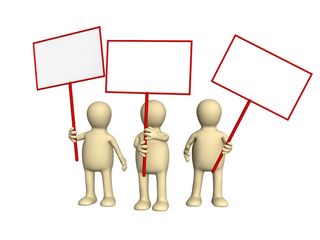 No
longer is anyone in Italy poor (povero), handicapped (handicappato), deaf (sordo),
or cieco (blind).

How did this miraculous transformation come
about?  The credit doesn’t go to
divine intervention or 21st-century innovation, but to Italy’s
language police, who are proposing what linguists call “il linguaggio non
offensivo” (nonoffensive
language). In this new idiom, the formerly poor are
economicamente sfavorito
(financially underprivileged), the handicapped, inabile fisciamente (physically unable); the deaf, non udente (non-hearing), and the blind, non-vedente (non-seeing). Someone who used to be minorato (disabled) would be diversamente abile (differently able or skilled) and a paralitico (paralytic) affetto da paralisi (affected by paralysis).

The
newfangled politically correct terms (which I have never heard used in
real-life situations) raise interesting questions. Is an invalid (invalido) any less ill when described as “non
deambulante” (not capable of
walking)?  Are the mentally unable
(incapace mentale) more  likely to be treated with compassion
when they are “sofferente psichico”
(psychologically suffering) or insufficienti mentali (mentally inadequate)?

Linguistic manipulation is hardly new in Italy.
The most zealous dicers, splicers, purgers, and purifiers of Italian were the
Fascists, who took their name from
the bundles of sticks, called fasces, that symbolized power in ancient Rome.  In 1923 they levied a tax on foreign
words used in shop signs. At the beginning of the Second World War, a law
banned them altogether. Posters blazed, “Italiani, boicottate le
parole straniere!” “Italians,
boycott foreign words!”  No one
pointed out that boicottare
was itself foreign,  derived from the
name of Captain James Boycott, the first victim of this treatment in Ireland.
“Boycott” had passed  from English,
to French, to Italian.

Under Fascism an Italian chauffeur became an autista; soccer turned into calcio; a bar was rechristened qui si beve (here one
drinks). Shakespeare’s name,
like other foreign appellations, had to be pronounced as if it were Italian: Shah-kay-spay-ah-ray.  In
1933 the journalist Paolo Monelli published Barbarian Domination: 500
Foreign Expressions Examined, Attacked, and Banished from the Language with Old
and New Argument, with the History and Etymology of the Words and with
Anecdotes to Entertain the Reader.  By the second edition in 1943, the list had grown
to 650.

A Fascist law prohibiting
the practice of giving foreign Christian names to Italian children stayed on
the books until 1966. Fascism also tried to exterminate la malerba
dialettale (the dialect weeds)
that it saw as sullying the purity of the national language.

Under
the Italian Codice Rocco
of 1930,  vulgarity and blasphemy
actually  became  crimes. Italians didn’t stop  swearing, however. They just made clever word
substitutions. Rather than taking God’s name in vain with a “per Dio!” they would say “per Diana!” “Porca vacca!” (damn cow) substituted for  porca puttana (damn whore),  A son of  a
bitch (figlio di puttana)
became the son of a good woman (figlio di buona donna). Instead of vaffanculo (f*&# off), an angry Italian directed the object of his ire
to go lay an egg  (va affa'
l'ovo!) or go to that place (vai
a quel paese!).

“fregarsene” — literally to give oneself a rub, a term coined by the
writer Gabriele D’Annunzio