How Romeo and Juliet Became Italy’s Most Famous Lovers 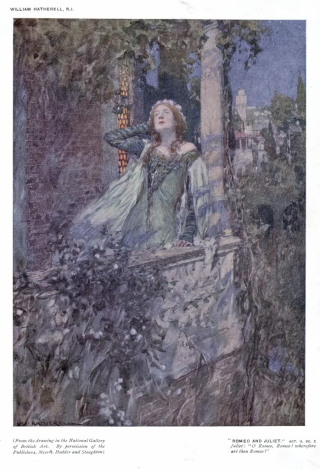 Shakespeare's star-crossed lovers Romeo and Juliet may have lived in Verona and died there in 1303. On September 12 her hometown celebrates Juliet’s birthday with a grand party, featuring a parade, musicians, period costumes, street artists, dancers and, of course, refreshments. But how did two kids from a medieval Italian town become the world’s most famous lovers?

The oldest known written version of their story dates back to 1476, when Masuccio Salernitano  recounted the tale of two infatuated teenagers named Mariotto and Ganozza of Siena in Il Novellino. The author swore “heaven to witness, that the whole of them (his novelle) are a faithful narrative of events occurring during his own times.”

A more stylistically sophisticated writer, Luigi da Porto renamed the lovers Giulietta and Romeus (later Romeo) in his Historia novellamente ritrovata di due nobili amanti (Newly Found Story of Two Noble Lovers), published about 1530. Da Porto relocated the tale to Verona and insisted that he had heard the story as a soldier in Friuli from an archer as they marched along a desolate road.

Da Porto ends his account with a dramatic twist: Romeo, discovering Juliet’s seemingly lifeless body, drinks a vial of poison and wraps his arms around her—just as her sleeping potion wears off. In what would have made a hell of a theatrical finale, Juliet, realizing that it is too late to counter the poison he swallowed, beats her breast, tears her hair, throws herself upon Romeo, all but drowns him in tears and imprints desperate kisses on his lips.

“Must I live a moment after you?” she cries. Romeo, already dead in Shakespeare’s script, begs her to live. Then in a made-for-the-spotlight moment, Juliet, “feeling the full weight of her irreparable loss in the death of her noble husband, resolute to die, draws in her breath and retaining it for some time, suddenly utters a loud shriek and falls dead by her lover’s side.”

The British writer Arthur Brooke translated the Italian tales into English verse in 1562; William Painter retold the story in prose in 1582. Shakespeare plucked his plot from these translations when he wrote The Most Excellent and Lamentable Tragedy of Romeo and Juliet (La tragedia eccellentissima e lamentevolissima di Romeo e Giulietta) in 1595-96.

In all versions, the hatred that had torn the couple’s families apart dissolves in the mingled blood of their dead children. But Shakespeare’s final lines deserve to be the last word on the tearful tale:

"For never was a story of more woe / Than this of Juliet and her Romeo.”

Cosa c'è in un nome? Quello che chiamiamo una rosa / Con ogni altra parola avrebbe l'odore dolce –- What’s in a name? That which we call a rose would smell sweet with any other word.

Click below for a scene from Franco Zeffirelli's classic film: