10 Colorful Idioms in the Italian Language 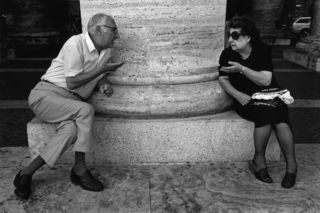 I especially love idiomatic expressions that capture  unique aspects of the culture that created it. Here are ten Italian idioms that convey how we see the world and put the world into words:

1. If you misinterpret, an Italian may say, “Hai preso lucciole per lanterne.”(You mistook fireflies for lanterns.) Like Don Quixote, an inattentive dreamer will indeed mistake fireflies for lanterns and windmills for giants. The Italians also bring idioms to life. Outdoor evening events are sometimes illuminated with fireflies in jars. At the end the fireflies are released, making a wonderful show.

2. Faulty perception is also conveyed by the phrase hai preso fischi per fiaschi (you mistook whistles for fiaschi, or Chianti-style flasks), which is based, not on images, but on the whimsical delight of sounds. If you misinterpret, you could end up in a true fiasco—and if you do, Italians don’t boo but whistle (fischiare).

4. In English a top-of-the-line thing of beauty, like a brand new Lamborghini, has “all the bells and whistles.” In Italian it’s fatta coi fiocchi, made or decorated with bows.

5. A shocking surprise ti fa cadere dalle nuvole (makes you fall from the clouds). When someone knocks you off a comfortable place in “cloud nine,” where ignorance is bliss, you’re in for a rough landing.

6. Something expensive costs an arm and a leg in English but un occhio della testa  (an eye out of your head) in Italian. Which body part would you sacrifice for Ferragamo shoes?

7. Calling it quits is chiudere baracca e burattini (to close shack and puppets). Think of a village entertainer who shuts down his puppet theatre and packs away his puppets when business is failing.

7. “Bending over backwards” doesn’t quite satisfy our flair for the dramatic. Italians prefer fare i salti mortali (to do death-defying jumps) like a trapeze artist without a net.

8. If you create something original, such as a book, article, love letter or blog, you can say è tutta farina del mio sacco (it’s all flour from my sack).

9. To leave in a hurry is tagliare la corda. Why? Someone in a hurry doesn’t stop to unwind the rope mooring his boat to the pier; he grabs an ax and cuts it.

10. To be grumpy is avere la luna storta (to have a lopsided. bent or crooked moon). Perhaps it has to do with “being a lunatic"!

Flavia Idà, born in Arena di Calabria, is a translator, teacher and author of The Iron and the Loom.

Dianne Hales is the author of LA BELLA LINGUA: My Love Affair with Italian, the World's Most Enchanting Language and  MONA LISA: A Life Discovered.  To read posts from her other blog, click here: Discovering Mona Lisa.

← Who Was Mona Lisa? Screwing Up in the Italian Language →
FOLLOW BY RSS