Italian for Travelers: It’s about Time 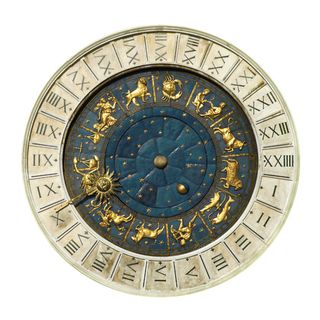 What time is it?

Asking the time is easy in Italian: Che ora è? or Che ore sono? (literally, what is the hour? what are the hours?). But telling time isn’t the same as knowing the right time to go to the market, drink a cappuccino, arrive at church or leave a party. Italians seem born with tempismo perfetto (perfect timing). The rest of us may need help in mastering the art of vivere secondo i ritmi di vita italiani (living according to the rhythms of Italian life).

As in other countries, Italians officially employ a 24-hour clock (orologio) so that 6:00 p.m., for instance, is 18:00 (diciotto). When they do use the American-style 12-hour system, Italians stipulate morning, afternoon, evening and night: le nove di mattina (nine in the morning), le due del pomeriggio (two in the afternoon), le sette di sera (seven in the evening), le dieci di notte (ten at night).

Ogni minuto del giorno (every minute of every day) is made up of 60 secondi. Italian also has an unofficial measure of time: an attimo (an instant or minute) or even an attimino (a split-second). You’re likely to hear this expression when, say, an operator puts you on hold. You can be sure that it will take a lot longer.

Unlike New York, which takes pride in being "the city that never sleeps,” Italy doesn’t live on a 24/7 schedule. First-time tourists often are surprised to find “chiuso” (closed) signs in shops or museums in the middle of the day and entire villages shuttered on Sundays. Some restaurants and shops in big cities and popular tourist destinations have adopted an orario nonstop or continuato (a continuous schedule) and remain aperto (open) most of the day most days. The majority have not.

Post offices and banks may close for the day at 1:30 or 2:00 p.m.  In cities like Rome many shops shut their doors from Saturday afternoon until Monday afternoon. In smaller towns and villages shops often close for un giorno di riposo (a day of rest) once a week.

Although some fear its extinction, “la pausa”—an interval after lunch and before the return to work—remains a valued part of an Italian day. If you’re a tourist, take advantage of these quiet hours to stroll through the relatively uncrowded streets. Better yet, find yourself a shady spot at an outdoor café or in a piazza and simply savor the rhythm of Italian time.

di quando in quando — every so often, from time to time

da quando? — since when?

quando sarà il momento — literally, when the moment will be; all in good time

Dianne Hales is the author of LA BELLA LINGUA: My Love Affair with Italian, the World's Most Enchanting Language. Click here for more information on her "writer's studio" in Capri this fall.

Cllick below to travel back in time to the days when  "Quando? Quando Quando?" first became a big hit: