The American Election in the Italian Language: Voting 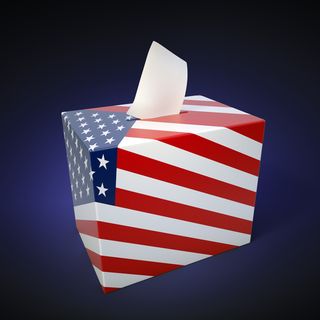 Voting (for President) in a Garage

One of the most charming accounts I’ve read on the American way of voting was written by the distinguished journalist Federico Rampini in his book San Francisco-Milano:

One Tuesday morning (martedì mattina) when he was living in San Francisco, Rampini awoke to discover a line of people (una fila di persone) in front of a garage (di fronte a un garage) in his neighborhood. He thought someone must have posted a “for rent” sign (un cartello “affittasi”) since whenever an apartment became available, eager renters would form lines in the street (si formano code per la strada).

“Invece, no” (instead, no), he discovered, “era una fila di elettori” (it was a line of voters). “Il vicino aveva messo a disposizione il garage come seggio per le presidenziali.” (A neighbor had made available his garage as a polling station for the presidential vote.)

Much to Rampini’s surprise, there was no poliziotto (police officer), only a sign stating that la propaganda elettorale (political advertising) was forbidden. Niente scuole requisite (no schools requisitioned), nessuna mobilitazione di forze dell’ordine (no mobilization of law enforcement officers).

Usually un’agenzia bancaria (a bank branch) in Rampini's neighborhood offered itself as a voting site (come sede elettorale). But on this particular Tuesday the employee (impiegato) who had the key forgot that voting began at 7:00 a.m. (alle sette). He showed up at 8:30 a.m. (alle otto e mezza), the opening hour (orario di apertura) for the bank.

For that hour and a half, the official in charge ha fatto votare all’aperto con le schede appoggiate sui cofani delle auto posteggiate (allowed voting in the open, with the ballots leaning on the hoods of the parked cars). Some may have grumbled (brontolato) about the limited privacy (la scarsa privacy), but the voting process went forward.

In fact, some have proposed that everyone vote from home, online (votare da casa, online). But what if some anarchist hacker (hacker anarcoide) decided to sabotage the race to the White House (la corsa alla Casa Bianca)?

The next time that he voted in Milan, Rampini pledged, he would bring a photo to the middle school with its uniformed soldiers. It would show the garage where American voters (elettori americani) chose the President of the United States (il Presidente degli Stati Uniti)—and the bank that left the voters on the sidewalk (sul marciapiede).