The American Election in the Italian Language: The Presidents We Love Best 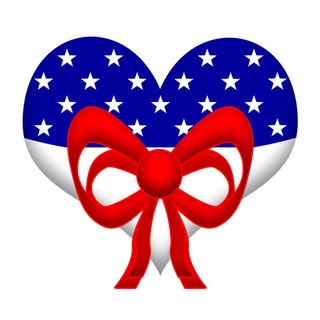 Our Presidents, Real and Pretend

We love our presidents. Americans may not think of our sentiments as amore but, as a recent Italian commentator observed, ours is a true obsession (una vera ossessione) with the President of the United States (Presidente degli Stati Uniti d'America) – and not just during the electoral campaign (la campagna elettorale).

Take the director Oliver Stone, who has dedicated three movies to American presidents. His film JFK focused on the investigation of the death(indagine sulla morte) of John F. Kennedy. W, with Josh Brolin as our 43rd president, was a study of political and psychological weakness (la debolezza politica e psicologica).

Best known in Italy is Stone’s Nixon, titled Gli intrighi del potere (The Intrigues of Power) in Italian. Despite actor Anthony Hopkins’ having zero physical resemblance (nessuna somiglianza fisica) to the ex-President, Italian critics felt that the movie transformed a political scandal into a human drama of Shakespearean greatness (un dramma umano di grandezza shakespeariana). (Click below for the trailer.)

Michael Douglas won Italian as well as American hearts as a romantic hero (eroe romantico) in The American President, titled Il Presidente—Una storia d’amore in Italian. Also popular in both countries was Kevin Kline’s president for a day (presidente per un giorno) in Dave.

Certainly one of the most popular fictional Presidents on American television was Josiah Bartlet, played by Martin Sheen in the seven seasons of the award-winning (sette stagioni della premiata serie) The West Wing. President David Palmer, played by Dennis Haysbert, in the counter-terrorist television series (serie televisiva) 24, might rank as a close second.

The paradox (il paradosso), at least to Italian eyes, is that, on the big or the little screen (su grande o piccolo schermo), the fake presidents—the fruit of the fantasy of directors and screenwriters (frutto della fantasia di registi e sceneggiatori) –turn out to be more appealing and popular (più simpatici e popolari) than the actual ones.
Why? Alla Casa Bianca, l'immaginazione sembra superare la realtà. (At the White House, imagination always gets the better of reality.)

What if someone were to make a movie about Italy’s ex-Prime Minister Silvio Berlusconi? "Sarebbe a metà tra commedia all'italiana e tragedia greca!" a friend replies. (It would be cross between  Italian comedy and Greek tragedy).)

Dianne Hales is the author of LA BELLA LINGUA: MY LOVE AFFAIR WITH ITALIAN, THE WORLD'S MOST ENCHANTING LANGUAGE.