The Art of Pizza in the Italian Language 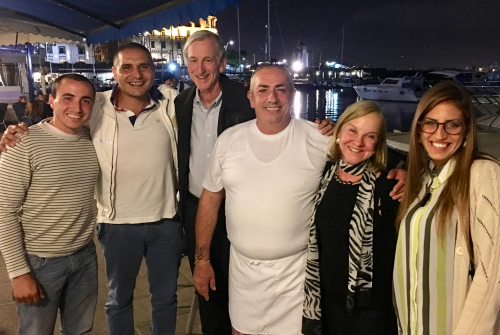 Just about everyone just about everywhere loves pizza. But of all its variations—thin crust, deep dish, folded, frozen, boxed, topped with everything from pepperoni to pineapple—there is only one true Neapolitan pizza (vera pizza napoletana), recently recognized by UNESCO as part of the “intangible cultural heritage of humanity.”

Culinary historians trace pizza back to a focaccia bread called picea baked in ovens in ancient Rome. The first Neapolitan pizzas were white, topped with garlic, lard and anchovies. In the 1600s the cooks of Naples began growing pomodori (“golden apples” or tomatoes) from seeds imported from the New World and “married” them with hand-worked dough. Hungry fishermen just back from the sea eagerly devoured flatbread topped with tomato and garlic—the original pizza marinara (sailors’ pizza).

Although initially a poor man’s food, pizza attracted fans from all classes. The Bourbon King Ferdinand I, ruler of Naples in the nineteenth century, would dress in shabby clothes to sneak into a local pizzeria. His successor Ferdinand II invited a pizzaiolo (Italian for pizza-maker) named Don Domenico Testa to come to his palace and bake pizzas for the ladies of the court. As a tribute he bequeathed to Testa the title Monsieur, usually reserved for the chefs de cuisine of royal households. Monsu, as the Neapolitans pronounced the honorific, became a nickname for the city’s pizza bakers.

One monsu created a classic in 1889, on the occasion of King Umberto I and Queen Margherita’s visit to the city. When the Queen requested a pizza, the pizzaiolo Raffaele Esposito festooned it with green basil, white mozzarella and red tomatoes, the official colors of Italy’s new flag, to create the first pizza Margherita.

Emigrants carried their love of pizza to the United States, where it morphed into dozens of variations that bore little resemblance to true Neapolitan pizza. Neither the ingredients nor recipe for the original have changed over the centuries. The dough must be made only from flour, yeast, salt and water and kneaded by fist for at least fifteen minutes before it rests. In a process called staglio pizza-makers form panetti (balls of dough), which they extend with a skillful motion termed schiaffo (literally slap or smack) and may twirl in the air. Working from the center, they then add toppings with a clockwise, spiraling motion.

Each pizza is baked in a stone-lined, wood-fired oven, heated to a temperature of at least 750 degrees Fahrenheit. The cornicione (border) must be high and soft; the entire crust not overly crisp or at all soggy, with the ingredients melting together in two minutes or less.

I tasted my first true  Neapolitan pizza—several, in fact—at the bayside terrace of the Hotel Transatlantico in Naples, baked by master pizzaiolo Luciano Forte (above). Each was a work of culinary art, blending the flavors of well-baked bread, slightly acidic tomatoes, melt-in-your-mouth local mozzarella  and tangy oregano, garlic or basil.

If you live in the San Francisco Bay area, you can taste Neapolitan pizza without a passport. Beginning April 10, the Consulate General of Italy, the Italian Cultural Institute and the Associazione Verace Pizza Napoletana (Association of True Neapolitan Pizza) are sponsoring a series of tastings and events. Click here for a complete calendar. Buon Appetito!

UNESCO recognized two varieties—marinara and Margherita—as cultural treasures, but other types include:

Quattro stagioni – four seasons: same ingredients as capricciosa but arranged in separate sections rather than mixed •