The Birthday and Birth of Rome 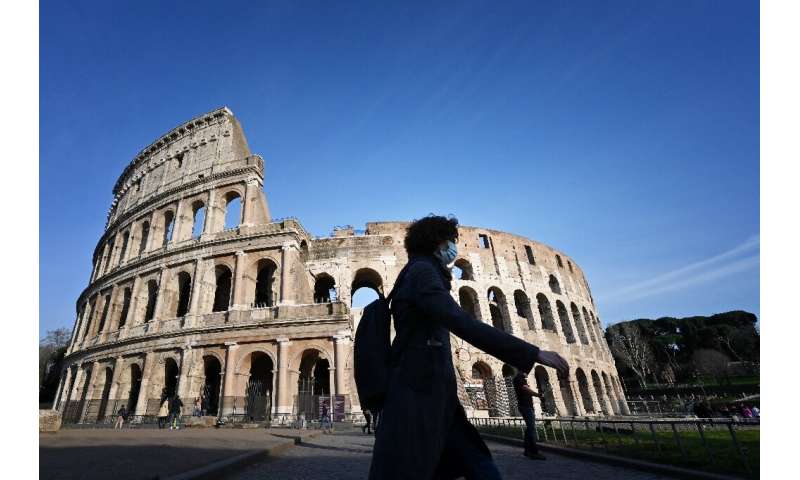 The eternal city has an official birthdate:  April 21, 753 B.C.  Rome traditionally celebrated with a parade, concerts, gladiator displays  and  fireworks. This year, like last, there are no such exuberant public gatherings. Photographs capture a city I’ve never seen: empty piazze, quiet streets, the Colosseum without a crowd.

A friend writes that the only consolation of the pandemic is “vedere una Roma bellissima come non la vedevamo dai tempi della nostra infanzia”  (seeing a beautiful Rome as we haven’t seen her since the times of our childhood). Yet Rome’s infancy was anything but beautiful–or tranquil.

Deep in mythological time, Aeneas, son of the goddess Venus, made his way to the kingdom of the Latins, married the ruler’s daughter and ascended to the throne.   The crown passed through eight generations until a jealous younger brother overthrew his reigning sibling. To block any rivals, he killed his nephews and confined his niece Rhea Silvia in a temple to the goddess Vesta, where a vow of chastity would prevent her from conceiving an heir.

Mars, the lusty god of war, blithely upended this plan. On a sunny day he caught a glimpse of the beguiling virgin who, resting on the banks of a stream, had “opened her bosom to catch of the breeze.” Overcome with desire, Mars swooped from the heavens and “left her rich with twins.” When Rhea Silvia gave birth to two boys of uncommon beauty and size, the angry monarch ordered them drowned. But a slave, taking pity on the infants, placed them in a basket in the Tiber that washed ashore at the foot of what is now the Palatine Hill.

The babies were rescued by a lupa—not the she-wolf of legend but a woman known by a nickname given prostitutes because, like wolves, their lovemaking “knew no law.” She brought them to the cave of a kindly shepherd, where they grew to manhood. Once they learned their true origins, Romulus and Remus overthrew the wicked usurper who had stolen their grandfather’s throne.

The twins decided to build a new kingdom of their own on the Tiber, but quarreled over its location. They called for augurs, an Etruscan tradition, to settle their dispute. When six birds appeared above Remus on the Aventine, the hill he preferred, he seemed to be the winner. But then a dozen birds circled over Romulus on the Palatine, clearly favoring him and his chosen site. Romulus began marking the perimeter of his città quadrata (squared city). Taunting his brother, Remus jumped across the boundary. His outraged twin killed him.

“This,” Romulus swore, “will be the fate of any who dare to violate this land.” Rome, conceived in rape and baptized in blood, would grow into an empire that changed everything, bringing civilization—laws, roads, urban planning, public works, even indoor plumbing–to an untamed world.

The manhole covers of Rome are still emblazoned with S.P.Q.R., the Latin abbreviaton for the Senatus Populusque Romanus, the Senate and people of Rome. Italians joke that it really stands for “Sono pazzi questi romani.” (These Romans are crazy.) Crazy in love, I contend, with a city that has survived wars, plagues, invasions and upheavals of every sort.  Long may she glow!

← Leonardo and Mona Lisa: Still Famous After All These Years Welcoming May in Italy →
FOLLOW BY RSS