The Italian Language Down Under 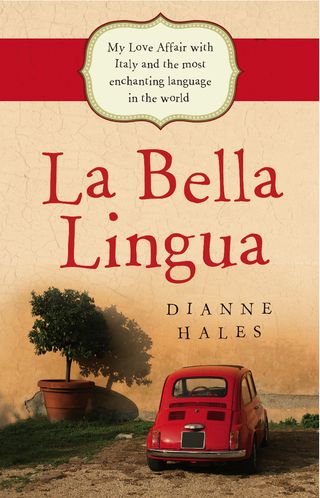 La Bella Lingua: My Love Affair with Italy and the Most Enchanting Language in the World is being released in Australia by HarperCollins in May. Benvenuti (welcome) to all lovers of Italy and its language “down under.”

It’s no surprise to find “Aussies” (or, as they pronounce it, Ozzies) in Italy: In a recent survey 75 percent of those over 40 named it as their number-one travel destination. But what surprised me on my first (and, so far, only) trip to Australia was how many people of Italian descent live there.

According to the most recent Australian census, Italian is the fifth most identified ancestry—behind Australian, English, Irish and Scottish. The estimated 800,000 to 1,000,000 Italian-Australians represent almost five percent of the Australian population. A whopping 25 percent of Victoria’s residents have Italian roots. Melbourne, Sydney, Adelaide and Perth also have large Italian communities.

Italians have been immigrating to Australia for more than 150 years. Some intellectuals and political activitsts, mainly from the north, came to escape persecution after the failed attempts to unify the country in the mid-1800s. The Victorian gold rush of the 1850s attracted thousands of Italians. Later in the 19th century artisans such as stonemasons as well as large numbers of impoverished peasants sought a better life in Australia.

During World War II more than 18,000 Italian prisoners of war were sent to Australia, where they mainly worked on farms and cattle ranches. After the war Australia, embarking on a “Populate or Perish” program to increase the population, attracted more than 170,000 displaced persons, many of them Italian. In the 1950s Italians became the largest non-English speaking ethnic community in Australia.

But you don’t have to be an Italo-Australian to love Italy, its language—or its cars. The Fiat Cinquecento (500), pictured on the cover of the Australian edition of La Bella Lingua, became the Italian equivalent of the German Volkswagen, a car that captured the hearts of the masses. Italians called the disarmingly cute vehicle Topolino (Mickey Mouse). Australians, equally besotted, dubbed it Bambino (baby).

My best friend Rhonda, an Australian, has taught me that her countrymen speak a different form of English. I’m taking a shot at translating some of these expressions into Italian, but I’m hoping that Italo-Australians will set me right.

Mum and Dad –– mamma and babbo or papà

whinge (for complaining all the time) — lamentarsi

Dianne Hales is author of LA BELLA LINGUA: My Love Affair with Italian, the World’s Most Enchanting Language, now available in paperback.