The Little Words that Spice Up the Italian Language 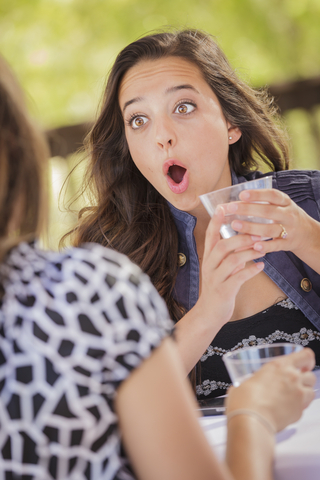 “Your Italian is good” (“E buono, il tuo italiano”), a Roman friend once told me, “but it doesn’t sound Italian” (“ma non suona italiano”). I now know why: a lack of “intercalari.”

I may have amassed an impressive vocabulary (vocabolario), mastered the basic verb conjugations (conjugazioni), and even wrangled some sense of the elusive subjunctive (congiutivo). But I hadn’t mastered the words that add zest to everyday Italian.

In an enlightening post , Riccardo Cristiani, creator of the dante-learning online language school, defines these Italian inventions as “fragments, specific words used outside the canonical structure of a sentence, very common in the Italian spoken language.”

“Intercalari,” he explains, “are like parsley (prezzemolo).” The trick is using just enough to spice up a conversation but not so many that they overwhelm what you’re trying to say.

Allora, for instance, serves as a way to grab someone’s attention or prompt a response or reaction, as in “Allora, che fai?” (Hey, what are you doing?) or “Allora, andiamo!” (Well, let’s get going!).

At the beginning of a sentence, dunque serves as a way of buying time and filling the silence when you don’t know what to say or need a moment to collect your thoughts. However, in a phrase like “Penso, dunque sono” (I think, therefore I am), it takes on a completely different meaning.

“Insomma, basta! Smettetela di urlare!” I’ve heard exasperated mothers snap. "Enough already! Stop screaming!" In addition to irritation or impatience, insomma serves as a laconic reply to something you don’t agree with or like. If you ask a friend if he enjoyed a party, and he responds, “Insomma…” he's telling you, “Not really.”

Other intercalari, such as capito (understood) or proprio (indeed), function like “you know” in English, a way of making sure that the other person is listening and understanding what you’re saying.

Interiezioni are a type of intercalari, usually shorter ways of expressing an emotion. I find them even trickier because the same sound can have different meanings, depending on intensity and intonation.

Take the little word  boh, which seems to serve as an alternative to the standard trio of yes, no, and maybe (si, no e forse). Yet when I tried dropping a boh into a casual conversation, an American living in Italy suggested that I probably meant beh. More or less the equivalent of “who knows," "no idea" or "dunno," boh can express indifference, doubt, confusion, disbelief, scorn or contempt, depending on the situation and the intonation.

Just like “well," "then," "so" or "the fact is,” beh reinforces a sense of reluctance or hesitation in expressing a different opinion. If you comment that Angelina Jolie is a terrific actress, an Italian might say, “Beh, è senz’altro bellissima, ma a me non sembra mica così brava” (Well, she’s certainly beautiful, but to me she doesn’t seem all that good).

ahimè –“Alas!” A sigh that says it all

infatti — this sounds like “in fact” and means the same