The Most Famous Italian Woman You’ve Never Heard Of 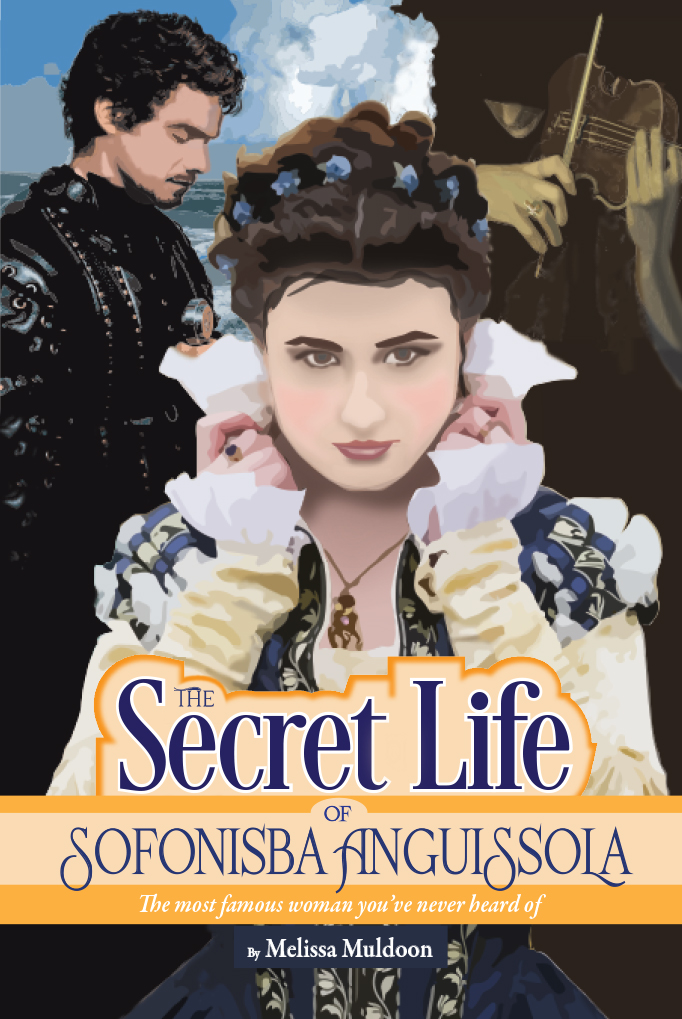 Even if you are a fan of Italy and Renaissance art, you may be wondering who Sofonisba Anguissola was, why she is important, and what would lead me to write a novel about her.  Her unusual name doesn’t roll off the tongue easily. But in her defense, Sofonisba was christened after a Carthaginian princess who lived during the third century. Her last name Anguissola was derived from a Byzantine general who helped liberate the city of Constantinople. To help you with the pronunciation, I’ve broken it down: So-fo-nees-bah Ahn-gwee-sola.

Sofonisba Anguissola is not only an uncommon name, but also one that has gone unnoticed and forgotten along with her masterful portrait paintings. But Sofonisba is important because she reached international acclaim as an artist in her day and age by her ability to dream far beyond the limitations set for women during her era.

Sofonisba was a highly intelligent and well-read young woman, mainly because her father believed in the benefits of educating his daughters. Due to his connections, she was introduced to Michelangelo in her early twenties. Delighted by her sketch of a boy bitten by a crayfish, Michelangelo took her under his wing, offering to critique her work and offer advice. Sofonisba became a celebrated portrait artist in Milan and later the court painter for Philip II of Spain, where she taught his queen, Catherine de’ Medici’s daughter, to paint.

In a saga filled with intrigue, jealousy, buried treasure, unrequited love, espionage, and murder, Sofonisba’s story played out against the backdrop of Italy, Spain, and Sicily. Throughout her life, she encountered talented artists, mad princes, religious kings, spying queens, vivacious viscounts, and dashing sea captains—even a Barbary pirate. Of all the people who fell in love with Sofonisba, only one captured her heart. The painter may have had many secrets, but the truth of her life is crystal clear from the beginning. Always a strong, passionate woman with a dream, she was an intelligent artist who knew her self-worth and in the end, as Michelangelo had done for her, Sofonisba passed her brush to a new generation.

As a student and art historian, I was aware of Sofonisba but knew only what I had gleaned from brief entries in textbooks and dry fact-based internet articles. I became more interested in Sofonisba after I began thinking about a possible topic for my fourth novel. As my research continued,  my creative juices started flowing, and soon I was weaving together a story to demonstrate how Sofonisba left her mark on the world. As with my previous novels, my goal is to bring art and Italian personalities to life  so that a contemporary audience can relate to them in a personal way.

Melissa Muldoon is an artist, illustrator, graphic designer, and the principal behind Matta Press. She is the award-winning author of Dreaming Sophia.  Waking Isabella, Eternally Artemisia. and The Secret Life of Sofonisba Anguissola. Through books, blogs, videos, podcasts, social media, and programs to learn Italian in Italy, Melissa promotes the study of Italian language and culture. Visit her website to learn more.