Summer in the Italian Language: Catch a Falling Star 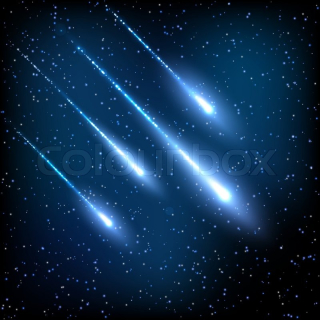 The night of the falling stars

As a young girl, an Italian friend eagerly awaited la festa di San Lorenzo (the feast of Saint Laurence) on August 10. When the sky filled with stelle cadenti (falling or shooting stars), she and her friends would run through the fields with open handkerchiefs to try to catch one. If they did, they’d say, “Stella, mia bella stella, desidero che…” (Star, my beautiful star, I desire…) in the hope that the wish would be granted (nella speranza che si esaudisse il desiderio).

La festa di San Lorenzo coincides with the time when the earth passes through the Perseus meteor shower. The fiery streams of light came to be known as “le lacrime (the tears) di San Lorenzo.” The saint whose tears blaze across the summer sky was one of the seven deacons of the Catholic Church in Rome in the year 258. Under orders from the emperor (imperatore) Valerian, the prefect of Rome commanded Lorenzo, who was in charge of material goods, to gather the treasures of the Church (i tesori della Chiesa) and turn them over to him.

Three days later Lorenzo presented to the prefect a crowd of the poor, blind, lame, malformed, leprous, maimed, orphaned and widowed with the declaration: “Ecco questi sono i nostri tesori eterni, non vengono mai meno, anzi crescono.” (These here are our eternal treasures, they never become less, but in fact are growing.)

The furious prefect ordered Lorenzo to be put to death (messo a morte, giustiziato)—as slowly and painfully as possible. According to legend, he was roasted alive (bruciato vivo) on a giant gridiron (graticola) with burning coals beneath it. After a while, he called out to his tormentors, “I am cooked on this side. It’s time to turn me over.”

San Lorenzo, I know it because so many stars

burn and fall through the tranquil air

because such a great weeping shines in the concave sky.

If you see a falling star this month, remember to  make a wish (esprimere un desiderio).  I hope that it comes true!

Seguire la propria stella — to follow your star or destiny

Stella — star, an endearing nickname for a child

San Lorenzo l'innocente, mille fuochi in cielo accende –- a saying that translates as “San Lorenzo the Innocent, a thousand fires rise in the sky"

Here's the trailer for an unforgettable film about the night of the falling stars: