The Passion that Created the Italian Language 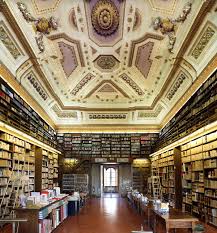 In the 1500s, an invaluable invention transformed Italian agriculture: il frullone, a sieve-like device that separated wheat from chaff to produce flour. A group of irreverent Florentine intellectuals, passionately devoted to preserving their language’s più bei fiori (loveliest blooms), decided to become human frulloni and separate the linguistic fior di farina (the flower of the wheat) from the coarse crusca (chaff or bran). The Accademia della Crusca, known as “La Crusca,” the oldest scholarly academy in Europe, took on a lofty mission: creating the first dictionary of officially recognized words in any language.

This was no dry academic venture by uptight language police. The Crusconi playfully gave themselves names related to food, such as Lievito (yeast or leaven) and Grattugiato (grated). Each Cruscone also selected a

related symbol, such as a sieve or sheaf of wheat, which was embossed in vibrant colors upon a wooden pala, a shovel-like paddle used to slide loaves of bread from an oven.

Despite their jocularity, La Crusca’s founders took their mission seriously. Over decades of research, discussion and debate, they created the Vocabolario degli Accademici della Crusca, published on January 20, 1612. The 960 oversized pages of this unique compendium contained only words that qualified as “belle, significative e dell’uso nostro” (beautiful, noteworthy and of our use) from Italian authors such as Dante, Petrarch and Boccaccio. When I had the privilege of turning the stiff, dry pages of a first edition of the Vocabolario, I was so moved that I became senza parole (speechless). No less than the artists laboring in a Renaissance bottega, the language “bakers” of La Crusca had painstakingly created a living work of art: la più bella lingua del mondo (the most beautiful language in the world).

La Crusca’s members always included the great thinkers of the times, such as Galileo Galilei, the father of modern science, who also wrote poetry and learned commentaries. As⁠ foreign powers seized control of Italy, La Crusca, dedicated to a language without a political state, closed down. In 1811 Napoleon Bonaparte, born of Italian parents in Corsica the year after it was annexed by France, reopened La Crusca. The academy flourished once again—until Mussolini’s propaganda machine took over the policing of the language. 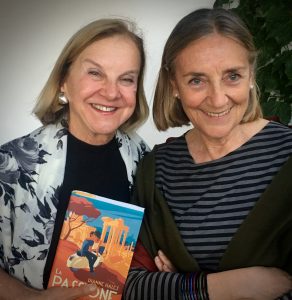 La Crusca, which reopened in 1955, maintains its sede, or central seat, in Florence’s elegant Villa Medicea di Castello, a favorite residence of Lorenzo Il Magnifico. Every year it invites distinguished scholars to join its ranks. Among those recently announced is Valeria della Valle, a professor of Italian linguistics at Rome’s Sapienza University, an editor of contemporary Italian dictionaries, the author of best-selling trade books on modern Italian and a collaborator on documentary films with RAI and the Istituto Luce Cinecittà.

Through the years Valeria, my dearest Italian amica, has generously shared her knowledge and insights with me and has contributed immeasurably to my books on Italy and Italian. Her brilliance, generosity and radiant spirit continue to inspire me—and countless others. Complimenti, cara Valeria!