The Awesome “A” in the Italian Language 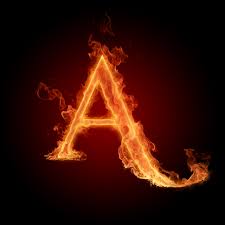 In my days as a freelance writer, I once explained to a curious friend that I was paid—sometimes quite generously—by the word.

“Even for ‘a’?” she asked incredulously.

My editors may not have gotten their money’s worth for an English “a.” An Italian “a” is something else entirely,  one of the most essential words for Italian students to master. Here are some examples of the many ways in which this single letter weaves itself into Italian sentences:

*To express “at.” Italian uses “a” for “at” just as English does—and then some. “He was home all day” translates as “era a casa (at home) tutto il giorno.”  “The theatre is twenty minutes from the restaurant ” would translate as “Il teatro è a venti minuti (at twenty minutes) dal ristorante.”

*To express “in” or “to” when used with a city, town or small island but not with a country or continent. For instance, you would go  a Parigi (to Paris)  but  in Francia (to France), a Siena (to Siena) but in Italia (to Italy), a Capri (to Capri) but in Sardegna (to Sardinia).

*To express “in” or “on” when not referring to something literally “inside.” You watch a program, not “on” television, but alla televisione.

*To express place, position, motion or direction. Examples include accanto a (next to, beside); all’entrata (at the door); a nord di (north of); ai piedi di (at the foot of); and a sinistra (at the left).

*With expressions meaning “good-bye” or until another time. As you take your leave, you might say, “See you tomorrow” (a domani), soon (a presto) or this evening (a stasera).

*To express time of day, months or holidays. You might be leaving a maggio (in May), a mezzogiorno (at noon) or a Natale (at Christmas).

*To express future time and duration. An office may be open from Monday to Friday (dal lunedì a venerdì) or from eight until four (dalle otto alle sedici).

*To express how many times something is repeated. For instance, you might go the gym four times a week (quattro volte alla settimana).

*To describe characteristics of something. If you want a strawberry gelato, for example, you’d ask for un gelato alla fragola.

*Following many adjectives  adverbs  and infinitives. These include  abituato a (accustomed to), attento a (attentive to), bravo a  (good at an activity such as cooking or singing), facile a (easy to), lento a (slow to), pronto a (ready to), solo a (only to) and ultimo a (last to).

A buon mercato — at a good price

A memoria — by heart

All’aperto –- in the open air, outdoors

A poco a poco –- little by little

A prima vista –- at first sight

A piedi – by foot

Al posto di -– instead of

← Mother's Day in the Italian Language Questions Every Traveler Needs to Know in Italian: What? →
FOLLOW BY RSS