The Season of Lent in the Italian Language 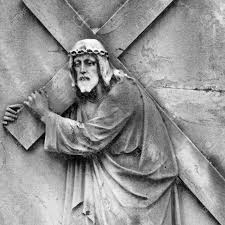 Facebook friends have gone silent, giving up social media. Others are renouncing simple pleasures (rinunciare a piccoli piaceri) –all in the name of Lent. Having grown up Catholic, I understand—but that doesn’t make it easier to explain this time of sacrifice (periodo di sacrificio) to others.

As a girl, I learned that Lent honored the forty days and nights that Christ spent fasting and praying in the desert before going forth to preach the word of the Lord. The actual sviluppo della quaresima (development of Lent), as told by an Italian ecclesiastic history, is more complex.

Nella Chiesa primitiva (in the primitive or early Church) of the first and second centuries, the faithful observed uno o due giorni di digiuno (one or two days of fasting) before Pasqua (Easter). However, the motive was not penitenziale (penitential) but “ascetico-illuminativo” (ascetic and enlightening) to prepare candidates for il battesimo (baptism), administered on la Veglia pasquale (the Saturday vigil before Easter).

Nella terzo secolo (in the third century), the Church declared the Sunday before Easter “la Domenica di passione” (Passion Sunday) and extended religious services—and fasting—to tutta la settimeana precedente la pasqua (the entire week preceding Easter). It wasn’t until the end of the fourth century that the period of prassi penitenziale (penitential practices) was prolonged to six weeks before Easter.

The dietary restrictions of Lent also grew stricter over time. In 653 the Council of Trent declared that anyone who ate meat during Lent could not receive l’eucaristia (Holy Communion) on Easter. Charlemagne condemned any violators of the prohibition to death.

Despite the Church’s restrictions (including a ban on eggs for baking), Italians managed to create delicious treats that remain popular to this day, such as maritozzi romani (buns bursting with raisins), corolla (an anise-flavored bread), pazientini (cookies whose name means “little bit of patience”) and croccante quaresimale (crunchy hazelnut cookies).

Lungo come una quaresima -– as long as Lent, used for something boring or tedious

Sciupare tutto e adesso fare quaresima – to squander everything and now “make” or “do” Lent, a description of someone who wasted all his money and now has to live in poverty

Portare la propria croce -– to carry and bear your own pain and suffering, just as Christ did on Good Friday