The Sweetness of September in Italy

Even though we may not be able to spend September in Italy, we can enjoy its sayings and stories. 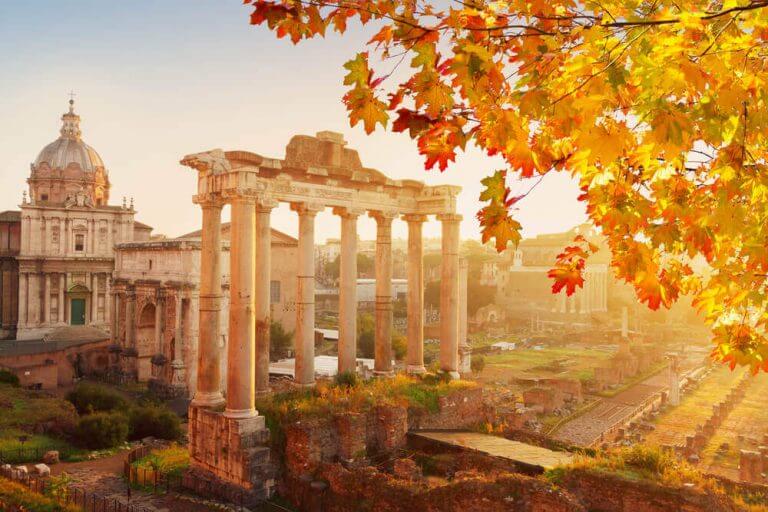 In the ancient Roman calendar, the year began in March. September, the seventh month, took its name from the Latin septem. During this pivotal month, the hours of sunlight diminish and those of darkness increase. As an Italian proverb puts it, in settembre, la notte al dì contende (in September, the night competes with the day).

Many of September’s holy days are linked to the harvest. Per la Santa Croce (for the feast of  the Holy Cross) on September 14, la pertica sul noce (the walnuts are ready to be harvested by a pole that knocks them to the ground). Per San Matteo piangi le ultime pesche che mangi. (For Saint Matthew’s feast day–on September 21–you cry for the last peaches that you eat.)

September 29 celebrates the Santi Arcangeli: the Archangels Michele (Michael), Gabriele (Gabriel) and Raffaele (Raphael).  But beware of rain on this day! Se l’angelo si bagna l’ale, piove fino a Natale. (If the angel gets its wings wet, it will rain until Christmas.) Another bit of weather-wise advice:  A settembre chi è esperto non viaggia scoperto. (In September those with experience don’t travel uncovered.)

In researching September’s saints, I came upon the story of Santa Sofia, whose name derives from the Greek word for wisdom. She lived in Rome under the rule of the Emperor Diocletian, who executed thousands of Christians. The widow had three daughters, whom she named after the core virtues of Christianity: Faith (Fede), Hope (Speranza) and Charity (Carità).

Word of the beautiful and remarkable young girls reached the emperor, who summoned them to his palazzo. When he demanded that they worship the ancient gods, the girls refused. The furious emperor ordered them to be tortured. Twelve-year-old Fede was scourged and placed on a red-hot grill, yet she remained unharmed. Ten-year-old Speranza was cast into a cauldron of boiling oil and pitch, but the kettle melted around her like wax. Nine-year-old Carità was thrust into a furnace, which exploded, burning her tormentors.

At the emperor’s order, all three girls were beheaded. Their loving mother laid the three headless corpses in a coffin and thanked God for bringing them as His brides into heaven. Three days later, on September 30, Sofia died. The gift she leaves behind at the end of every September is an eternal one: la sapienza (wisdom).