The Ten Most Important Words from the Italian Language 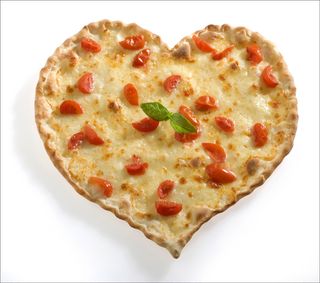 What would be your nominee for the most important Italian word (historically and culturally) that has entered your language? In a recent poll, the Società Dante Alighieri asked this question of non-Italians around the world. Here are the top ten words they chose:

1. pizza (noun, feminine): a kind of focaccia bread called picea dates back to the Roman empire. A definition from 997 describes a sottile focaccia di pasta (a soft focaccia of dough) seasoned with oil, mozzarella and other flavorings and baked in an oven. Over the centuries the Neapolitans gained fame for their savory pizza creations. In the 19th century the Bourbon king ruling Naples so enjoyed the creations of a pizzaiolo named Don Domenico Testa that he bequeathed on him the title Monsieur, usually reserved for the chefs de cuisine of royal households. Monsu, as the Neapolitans pronounced the honorific, remains a nickname for the city’s pizza bakers.

2. cappuccino (noun, masculine): a mixture of espresso and frothy milk named because its soft nut-brown color resembles that of the habits of cappuccini monks. Italians drink it only in the morning with a cornetto or other pastry.

3. spaghetti (noun, masculine): fine macaroni, from “spago” for string. The first written record of this dish was found in a travelogue written around 1154 that described the production and drying of thin noodles called itriyya (an Arabic word that  Italians translated into vermicelli, or little worms) in a village in Sicily.  Sailors probably transported this durable food to Genoa and Pisa, where spaghetti and vermicelli appear in personal wills and inventories

4. espresso (noun, masculine): specially made black coffee produced by a process that forces hot water through ground coffee beans at high pressure. The result is deep black with a shimmering light brown crema on top. An Italian culinary encyclopedia states that espresso is coffee at its best, “refreshing the mind, cheering the spirit, and disposing the drinker both to dream and reflect.”

5. mozzarella (noun, feminine): a soft cheese whose name comes from
mozzare, which means to tear by hand, a crucial step in the process of making mozzarella.  Its name also may come from scamozzata, a southern Italian term meaning “without a shirt,” an apt description of a soft cheese that lacks a dry or hard covering.

6. tiramisù (noun, masculine): a popular dessert whose name literally means “pick me up,” made in various ways that combine savoiardi (similar to lady finger biscuits) dipped in espresso with a whipped mixture of egg yolks, mascarpone, and sugar, topped with cocoa.

7. bravo (adjective): defined in the 14th century as praise for someone who “completes his proper work with good will and ability.” This word of exhortation or encouragement is used only for creatures that breathe. A singer might merit a “bravo!”; the song, a buono or bello (or both).

9. lasagne (noun, feminine): flat noodles made from dough that date back to a pasta called langanum or lagane, which the ancient Romans cooked and ate. Italians use the plural form,as they do for spaghetti.

10. risotto (noun, masculine): rice cooked in broth until it is completely absorbed; prepared with various additions, such as porcini mushrooms, saffron, seafood, and asparagus.

Other terms that placed in the top twenty include: dolce vita, gondola, paparazzi, ravioli, prima donna, fiasco, malaria, and terracotta. What words would you nominate?

← Does Your Computer Speak the Italian Language? Marriage, Italian Style →
FOLLOW BY RSS