The Five Worst Things That Happened to MONA LISA 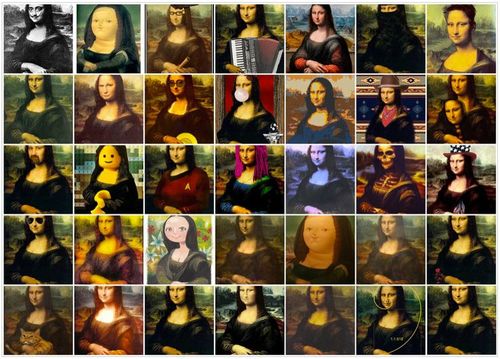 The Misadventures of MONA LISA

French monarchs hung "her" in their baths and bedrooms. A thief snatched her from the Louvre. Nazi art looters pursued her. Vandals attacked her. Advertisers exploited her. Through five centuries of revolutions, wars, botched restorations and bizarre imitations, Mona Lisa has proven to be more than a mere masterpiece: She's a survivor.

Few art works have experienced more adventures — and misadventures — in and out of the frame. The Florentine matron has shed her stately robes and appeared in sunglasses, hair curlers, burka, kimono, sari, a nose ring, Mickey Mouse ears, black boots, a Santa hat, a see-through blouse and nothing at all. She's straddled a motorcycle and a mule, flashed her underwear, skateboarded, skied, smoked a joint and engaged in a kinky array of X-rated activities.

Last year NASA even bounced Mona Lisa's image off the moon. Why not? She's been everywhere else. Leonardo's model — Mona (Madame) Lisa Gherardini del Giocondo — could never have anticipated such an extraordinary afterlife for her portrait. The highs have been high indeed. And the lows?

1. She spent decades in a steamy bathing salon. 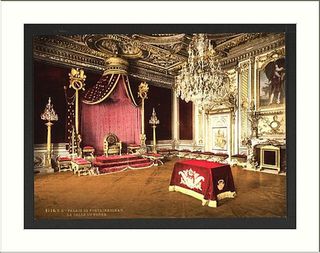 The French King Francis I, who paid the equivalent of $10 million for the portrait, installed Mona Lisa at the Palace of Fontainebleau in a six-room “bathing” suite, where he and his guests soaked, smoked and sweated. Decades of high humidity took a toll on the painted lady. Attempting to repair the damage, a restorer applied a thick coat of lacquer, which fractured into a web of threadlike fissures. Mona Lisa has never since appeared without the veil.
2. She inspired fatal obsessions. 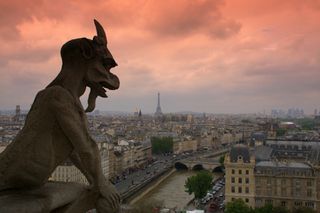 As Romanticism inflamed passions in the nineteenth century, Mona Lisa became the face that launched a thousand fantasies. “Lovers, poets, dreamers go and die at her feet,” a French curator wrote in 1861. He wasn’t exaggerating. The artist Luc Maspero threw himself from the fourth-floor window of his Paris hotel, leaving a farewell note that said, "For years I have grappled desperately with her smile. I prefer to die."
3. She was kidnapped. 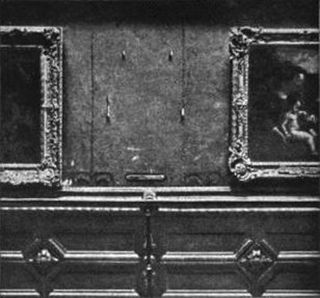 On August 21, 1911, Mona Lisa disappeared. Only four iron hooks framed by a ghostly rectangular shape hung in her place. Tabloids churned out reams of copy on the “heist of the century,” and millions mourned as if a person, not a painting, had gone missing. The unlikely thief was Vincenzo Peruggia, an Italian handyman who hid Mona Lisa in his cheap rooms in Paris for more than two years. He toted the portrait to Florence in 1913 in hopes of a reward. Instead he was arrested. Peruggia's defense: He was enchanted by her smile.

4. Artists monkeyed with her. 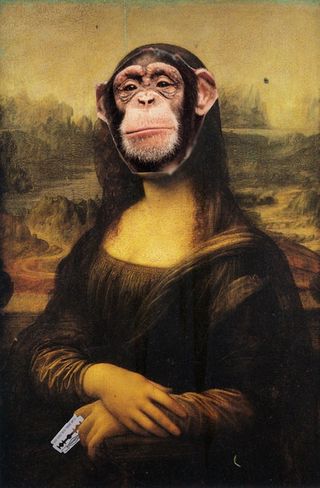 In 1919 Marcel Duchamp painted a mustache and a goatee on a postcard of Mona Lisa and called it L.H.O.O.Q. (letters that sound like French slang for “she’s got a hot ass”). Dali, Magritte, Warhol and other modern masters couldn’t resist toying with the iconic image. Contemporary artists have pushed the visual jokes to extremes, transforming Mona Lisa into wild animals and fanciful creatures, including a Conehead, dinosaur and unicorn (with a horn in the middle of her forehead).

5. She had to flee Nazi treasure hunters. 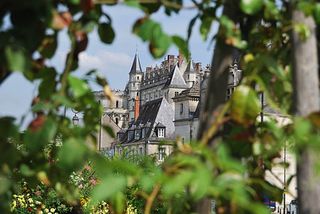 In 1939, bracing for a German invasion, the French spirited the painting out of the Louvre. During World War II Mona Lisa was shuttled to a series of safe houses. One hideout was the royal château at Amboise, adjacent to the house where Leonardo spent his final years — Lisa’s portrait with him to the end.

Click here to find five more of Mona Lisa's misfortunes in the complete article at the Huffington Post. Dianne Hales is the author of MONA LISA: A Life Discovered  and LA BELLA LINGUA: My Love Affair with Italian, the World's Most Enchanting Language.  To follow Dianne's blog on "Discovering Mona Lisa," click here.