The Voices of Pompeii in the Italian Language 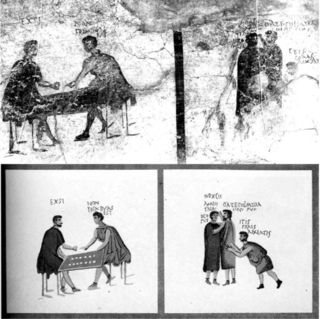 Pompeii, a World Heritage Site (patrimonio mondiale dell'umanità), was a thriving Roman city of about 12,000 citizens buried (sepolta) by an eruption of Vesuvius in 79 A.D. Excavations (scavi) began after the discovery of the lost city (la città perduta) in the 18th century and continue to this day.

Recently researchers began using 21st-century technology, including CT scans, laser imaging and DNA sampling, to analyze plaster casts made of the long-ago victims. Archaeologists had assumed that most were very young, very old or infirm (molto giovani, molto vecchi o malati) who could not outrun the lava flow. However, they found a “random sampling of normality,” as typically happens with a disaster.

One unexpected finding: most of the victims had una dentatura intatta (all their teeth intact),  indicating a healthy diet with few sugars (una dieta sana con pochi zuccheri). Dental analysis may help identify their ages. The scans also have identified fractured bones (ossa fratturate), an indication of injuries from falling roofs and buildings.

One body cast, assumed to be that of a pregnant woman (donna in cinta) because of a protruding belly, revealed that the person was not pregnant and may not have been female. DNA testing (l’analisi del dna) could determine whether some of the victims were biological relatives. Click here for a New York Times report on the ongoing research.

Until now the best clues into the lives of Pompeians have come from their own words. The town’s exuberant residents had an incorrigible urge (irrefrenabile impulso) to write on walls. The sheer zest of the words in the 15,000 graffiti and inscriptions (iscrizioni) they left behind testifies to the potency of the Roman vernacular, or volgare.

"Vulgar" also applies to the graffiti on the walls of Pompeii's infamous brothels, where satisfied customers (clienti soddisfatti) scrawled crude testimonials to the skills of particular prostitutes. However, not all of Pompeii's writings were so explicit (così espliciti).

In a simple red or black script with letters about six inches high, signs along the town's narrow streets (strade strette) endorsed political candidates, denounced deadbeats and issued no-nonsense directives, such as "If you must lean against a wall, lean against someone else's." Scrawled on the floor of a trading house were the words, "Welcome, money!" (Benvenuto, denaro!)

A notice in the dining room of a fashionable home asked visitors to refrain from casting lascivious looks at the serving women or making passes at the wives of other guests and, above all, to keep the conversation clean. "If you can't," the blunt last line exhorted, "please go home." (Se non vi è possibile, siete pregati di andarvene.)

← Words of Comfort in the Italian Language Italian You Won't Learn in Class: Prego →
FOLLOW BY RSS