Who Are “You” in Italian? 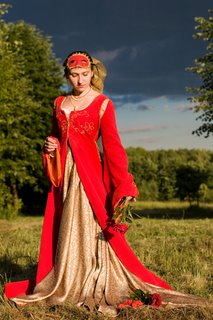 You are always “you” in English, regardless of age, gender, rank, or number. In Italian you might be tu (informal), Lei (formal) or voi (plural). If you happen to be royalty or a pontiff, you might even be called Loro (which generally means they or their).  Other languages also distinguish between formal and informal terms of address, but only in Italian can the choice of a second-person designation spell the difference between bella and brutta figura.

If this seems confusing, don’t blame the ancient Romans. They used tu a tutti, the casual “you” to everyone, from slave to emperor. In the Middle Ages, their Italian descendents, wanting to accord special respect to worthier persons, began using the plural “voi,” for someone as valuable as two lesser “tu’s.” Until the twentieth century Italian youngsters said voi out of respect when talking to their parents and grandparents. Many southern Italian dialects that date back to medieval times still use voi as a polite form of address.

Sometime in the 1500s, probably in the resplendent courts of the day, voi gave way to Lei, the word for “she.” Contrary to a common assumption among Italians, Lei did not derive from the Spanish (usted serves as its formal you) but stands for Sua eccellenza” (Your Excellency), a feminine noun. Italians addressed every stranger or superior, male or female, as if he or she were a principessa.

The fascist dicatator Benito Mussolini, seeking a more virile language for his macho vision of the Italian nation, substituted the comradely voi, the plural “you all,” for Lei. Under his rule, voi was obligatory in schools, public offices, movies, radio and public ceremonies. Italians quickly returned to the traditional Lei when their hated dictator fell from power.
For years after World War II, il voi for just one person persisted only in the mouths of American movie stars. Thanks to professional Italian dubbers, on screen Cary Grant, Audrey Hepburn, Jimmy Stewart and Grace Kelly always addressed their costars as if they were Fascist loyalists.

When I first started studying Italian, I decided to dodge the formal-familiar dilemma entirely by learning only the polite “Lei” form of address. I honestly figured I wouldn’t get to know anyone well enough to need “il tu.” (This happily turned out not to be the case.)

One day when I was jogging on a country road in Tuscany, an agitated man explained that his dog was trapped in a steep ravine. He could push him from behind, but would I call the dog to come to me? He, of course, addressed me in the respectful “Lei” form. And I, knowing no other, did the same with the dog. The man nearly fell over laughing at the sound of my oh-so-polite imprecations, which translated as, “Mister Dog, would you please be so kind as to come to me?”