“U” Is for Uomo in the Italian Language 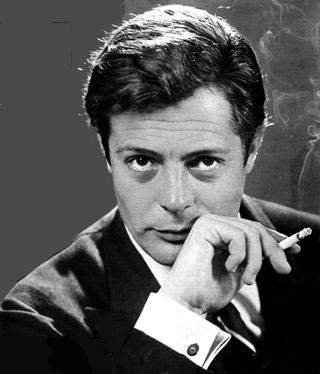 "I am going to interview a professor about the life of Italian women," I explain to the curious Roman taxi driver (autista) as we swerve through the ancient city streets.

"È buona," he assures me. "For Italian woman today, life is very good." He pauses a moment and adds, "Maybe it's too good. Women go to university. They have jobs. They make money. They buy their own houses. They can do whatever they want."

"And Italian men?" I ask. "How do they feel about this?" "Signora," he replies, rolling his yes upward as if invoking divine intercession, "abbiamo paura"–a phrase that literally translates as "we have fear." Whenever I repeat this story, women laugh heartily, and men smile edgily–except in Italy, where gli uomini (the men) solemnly exclaim, "È vero!" (It's true!)

And I wonder: Could the suave, sophisticated, ever-so-confident uomo italiano classico (classic Italian man) be an endangered species (una specie in via d’estinzione)?

Of course, there have always been many types of uomini. An Italian could be a uomo di mezzi (well-to-do man) or a uomo povero (poor man), a uomo d'affari (businessman) or a uomo di mare (man of the sea), a gentiluomo di campagna (country gentleman) or a  gentiluomo del sovrano (gentleman in waiting).

In Italy a boy (ragazzo) doesn’t simply grow (crescere) into manhood. If he doesn’t want to be dismissed as un signorino (a term used ironically for a demanding, spoiled boy), he must farsi uomo (literally make himself a man). This means learning to behave as un gentiluomo (a gentleman)—ideally un perfetto signore (a perfect gentleman).

According to the Renaissance humanist Leon Battista Alberti, un uomo nobile (a nobleman)  had to do three things well: “walking in the city, riding a horse, and speaking.” These days un uomo fatto (grown-up man) has to lavorare a tutt'uomo (work hard, do his utmost).

Un uomo d'ingegno (a clever man) or un uomo di poche parole (a man of few words) may aspire to become un grand’uomo (a great man). Certainly no one wants to end up  un uomo qualunque (just some guy) or, worse yet, un uomo da nulla (a good-for-nothing man) or un signor nessuno (mister nobody).

The international uomo di punta (leading man) made a staggering 140 films. No one ever saw him studying a script, yet he always knew his lines. Mastroianni scoffed at the earnest preparation of American actors and called moviemaking un gioco (a game).

“Acting is a pleasure, like making love,” he told a reporter. “Correction: lovemaking can be an ordeal.” Quips like this are what gave Mastroianni—and his countrymen—their reputation as uomini di mondo (men of the world).

As for the future, chissà? (Who knows?) It may be every man (ogni uomo) for himself (per se stesso)—and every woman for herself.

Click below for an Italian woman's perspective on gli uomini: