Untranslatable Words in the Italian Language 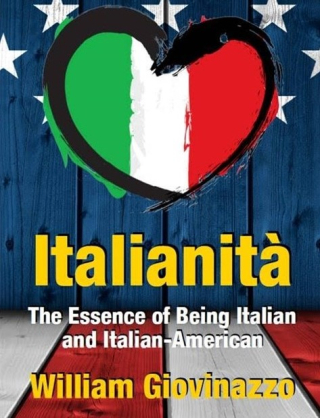 An excerpt from Italianità

Over the years, as I have studied the Italian language and traveled through Italy, I have picked up a number of words that do not easily translate to English. Here are some interesting examples:

Abbiocco This is the caloric shock one feels after a long lunch. It is that delicious drowsy feeling you have after a nice large meal. The cure for abbiocco is a meriggiare. See below.
Apericena This is an aperitif served during the first course of a meal, typically accompanied with canapés.
Boh Don’t know, don’t care. Simple, sweet, and short. The lack of effort required to say this word pairs well with its meaning.
Ciofeca This is something of poor quality, something cheap and not well made.
Culaccino The ring left from a wet glass. It can also be used to describe the end of a loaf of bread.
Faloppone We have all worked with a faloppone: the person who thinks himself much more than what he is, while never delivering on his promises.
Furbo A duplicitous or devious person; in English, we might say the person is Machiavellian. In Italian, there is a connotation of a bit of respect or admiration for the intelligence behind the person’s craftiness.
Gattara A woman who owns an excessive number of cats; in the United States, they refer to such a woman as the crazy cat lady.
Gibigianna This is truly a beautiful term, it is light reflected on water.
Gengle A term for a single parent, a combination of the word genitori (parent) and single.
Magari In the United States we might say “I wish.” I have also heard the expression “From your mouth to God’s ear.”
Menefreghista A person who is apathetic, who just doesn’t care.
Meriggiare A lunchtime nap, preferably in a nice quiet, shady location. .
Monello A scoundrel or rascal, also used to describe an urchin, a street child.
Oleologo A professional olive oil expert.
Pantofolaio Although it can be translated as a maker of slippers, it is also used to describe an idler or a person who lounges about the house.
Qualunquismo An apathetic attitude, specifically towards politics. While in other parts of the world you will find a distrust of politics, qualunquismo is an apathetic resolution to the state of the state.
Rocambolesco  The origin of the word is from Pierre Alexis du Terril who created the character Rocambole. While you can translate this as fantastic or extraordinary, it is used to describe an extremely exciting adventure. Imagine a character swinging on a rope from one ship to another, knife between his teeth and a fair damsel in his arms.

William Giovinazzo is an author and international lecturer who has written on subjects ranging from data science to Dante Alighieri. Bill’s fourth book, Italianità: The Essence of Being Italian and Italian-American, provides an insightful and entertaining look at the wonderful, life-affirming, vibrant Italian and Italian-American cultures as well as the historical forces that shaped them.

Dianne Hales is the author of MONA LISA: A Life Discovered,  LA BELLA LINGUA: My Love Affair with Italian, the World's Most Enchanting Language and LA PASSIONE: How Italy Seduced the World (to be published in April).