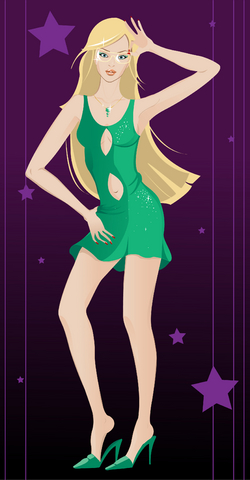 When the first in a series of sex scandals involving Italian Prime Minister Silvio Berlusconi broke a few months ago, I puzzled over a word blazoned across the headlines of the Italian papers: velina, which my dictionary defines as “tissue paper.”

“What does tissue paper have to do with Berlusconi and a teenage aspiring model?” I asked a linguist friend in Rome.

Velina is indeed a centuries-old word for very light, soft paper. The word does not derive, as many assume, from vela (veil) but from velin, an antiquated term for vitello, or veal. Velina originally referred to fine calf skin, but somewhere in the 18th century it was transferred to thin paper. Decades ago, in the age of the typewriter, the wispy sheets of onion paper used for carbon copies of letters or documents came to be known in Italian as “veline,” the plural form.

Under Mussolini's Fascist regime, all-powerful government censors issued directives specifying what newspapers could or could not report. Thin-sheeted copies (veline) went to editors, who had no choice but to follow them; the originals remained in state archives.  After World War II various ministries continued to send light-weight veline, not just to newspapers, but to RAI, the government-sponsored television channel. And editors and producers continued to report the news as the government saw fit.

In the 1980s Berlusconi, an emerging media tycoon, revolutionized Italian television by creating the first private network, Canale (Channel) 5.  One of its most popular programs "Striscia la notizia"—a precursor of sorts of The Daily Show—satirized official news programs by featuring sexy dancers in flimsy outfits who carried veline to the announcers.  They became known as veline, a name now used for all the scantily clad girls (and there are many) who appear regularly on Italian television.

Although many Italians tell me they find the parade of latter-day pin-ups offensive or sexist, the word velina wasn’t viewed as derogatory. Three of the original veline recently appeared on a magazine cover looking like Italy’s answer to  “Charlie’s Angels.” Some families, even entire villages, glowed with pride when a local daughter became a velina on national television.

But now veline—which has become a generic term for sexy models, starlets and showgirls—have been making their way, not just into embarrassing photos with the Prime Minister, but into appointed government posts. Some ask whether the veline (which one friend translates as "Berlusconi’s babes") are giving him a bad name—or is it the other way around?