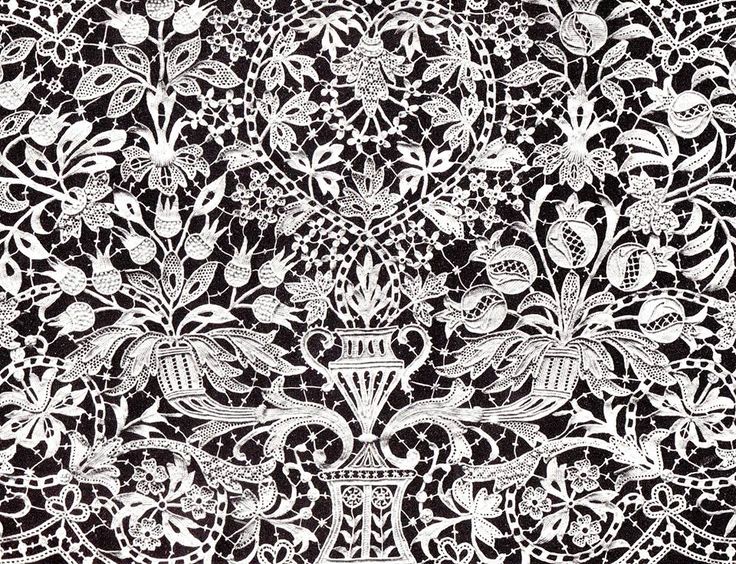 In the early fifteenth century, a Venetian sailor wanted to bring his fiancée a souvenir of his exotic voyages. Too poor to afford a proper gift, he plucked a ruffled sea plant called Halimeda opuntia from the waters off Greece and carried it home to the island of Burano in the Venice lagoon.

His beloved, enchanted by the algae’s scalloped edges and raised furls, fretted that the memento would soon disintegrate. Determined to create something that would last as long as their love, she picked up a needle used to mend fishing nets. Plying white thread into intricate patterns, she replicated the delicate whorls. The stunning result was “mermaid’s lace,” an ingenious design that helped launch Burano’s lace-making industry. 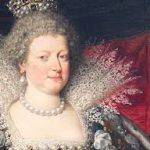 With this tale in A Beautiful Woman in Venice, Kathleen Gonzalez, a sister appassionata, tugged me into a world woven of fiber, air, and passion. For centuries, Venetian lace, gossamer as a spider’s web, represented absolute luxury. A single piece required weeks or months of eye-straining labor. Yet other than accenting regal robes, adorning ladies’ bosoms, or trimming clerical vestments, it served no practical function. Like the filigreed glass from its sister island of Murano, no one needed Burano’s lace—but everyone wanted it. For his coronation, Louis XIV commissioned a collar that took two years to stitch and cost hundreds of times its weight in gold.

The opulent age of lace and luxury ended with the political upheavals that overthrew the French monarchy in the 1790s and rocked Europe for decades. The market for Venice’s delicate handiwork all but disappeared. Then came the disastrous winter of 1871. Temperatures plummeted so low that the lagoon froze over. With their boats trapped in ice, Burano’s fishermen couldn’t leave the harbor. Without a daily catch, its residents began to starve. Italians in the recently unified nation organized benefits to raise money for desperately needed supplies.

The islanders survived the deep freeze, but Italy’s Parliament sought a long-term solution for their precarious finances. The brightest hope seemed Burano’s famed needlework, but the lace industry had become, as one observer put it, “a very dead Lazarus.”

A countess and a princess headed a campaign to resurrect it. Ultimately Burano’s fate rested on its last lace maker, an illiterate septuagenarian known as Cencia Scarpariola. Although she could not write her own name, Cencia was a living encyclopedia of knots, twirls, loops, and patterns—secrets in danger of dying with her.

The mistress of the girls’ school in Burano became Cencia’s sole apprentice. Under the old woman’s tutelage, the teacher turned student mastered every detail of the painstaking process of weaving a fantasy in thread. In 1872, the Scuola dei Merletti (Embroidery School) of Burano, housed in the former governor’s palazzo, admitted its first eight students. Stitch by stitch, its passionate lace makers brought the island back to life.

The industry survived two world wars and a global depression. But it could not withstand a flood of cheap imported lace in the 1960s. The Burano lace-making school closed, only to reopen in 1981. Although far fewer locals make their living from lace, tourists still throng the island’s shops to take home with them, like the long-ago Venetian sailor, a delicate memento of the marvels they have seen.