What do you say when Italians wish you “good luck”? 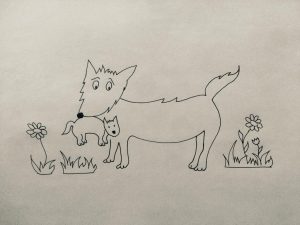 “In bocca al lupo” (in the wolf’s mouth) is a typical way that Italians wish someone “Good luck!”  How should you respond to this augurio?

Some say you should reply “Crepi!” (He can die!).  Others suggest “Grazie!” Both are correct, but there are, in fact, two different interpretations.

In medieval times il lupo was considered the personification of danger and evil. The phrase “in bocca al lupo”  implied pulling away an evil influence. In this context, it would be correct to answer: “Crepi!” Its origins date back to an ancient custom in which  hunters wished each other successful and safe hunting.

The other explanation, which I definitely prefer, is more romantic and sweet. Here the wolf is not the malvagio (wicked) male but his sweet and protective companion. The femmina takes her piccoli (little ones) in her mouth when she moves to a safe place any time she feels in danger.

In this case the wolf does not represent evil, but the opposite. Just think of the she-wolf of Rome that  nursed the twins Romolo and Remo, saving them from certain death. If we choose this explanation, we cannot  reply “Crepi!” The little ones would be in danger if their mom died–and who knows what Rome’s destiny would have been? The most suitable answer would be “Grazie!” or even “Viva il lupo!”

Here are some other phrases and terms that use the word lupo:

Lupo non mangia lupo — a wolf doesn’t eat a wolf, meaning there is honor among thieves

Chi nasce lupo non muore agnello — one born a wolf does not die a lamb; someone  who was born stupid cannot die intelligent

Cadere in bocca al lupo  — to fall in the wolf’s mouth or an enemy’s hands;  suddenly finding yourself in danger or in a difficult situation

Gridare al lupo — crying wolf or calling for rescue when there is no real danger; being needlessly alarmist

Lucia de Zuani offers homestay and personalized Italian lessons to students who live in her home  in Piedmont as a member of the family. You can learn more on this youtube video.

Dianne Hales is the author of LA BELLA LINGUA: My Love Affair with Italian, the World’s Most Enchanting Language, MONA LISA: A Life Discovered and the upcoming LA PASSIONE: How Italy  Seduced the World. For more information, visit her website: www.diannehales.com. 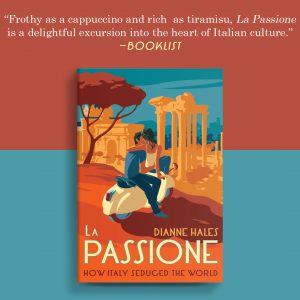 Cari amici,I will be moving my blog to my new website, along with a complete archive of my previous posts.  Click HERE  to subscribe (top of sidebar).  Note that if you are already subscribed (via e-mail) to my Typepad blog, your subscription will automatically transfer to the new blog.  However, if you subscribed via RSS, you will need to do so again (using the same link as above).  Thank you!