What’s in a Baby’s Name in the Italian Language? 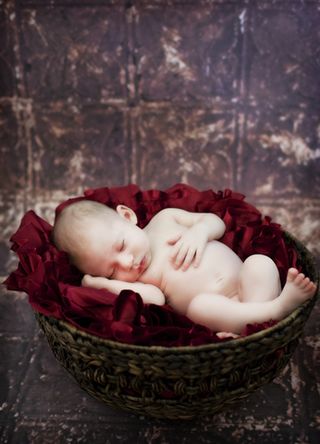 George may rule as a name fit for a future king in Great Britain, but it doesn’t even rank in the top ten for Italian bambini—although the female version, Giorgia, comes in fourth in a recent poll.

Some of these names date back to ancient Rome, whose citizens,
like Gaius Julius Caesar and Marcus Tullius Cicero, bore three names: a basic first name, a family name, and a unique individual name.

By medieval times, the latter two names disappeared, and people were known only by one name, which became confusing as the population grew and Marios and Marias multiplied. And so Italians began adding a second distinguishing label or surname (called a patronymic) to their names, sometimes with the prefix “di” to mean “son of” or “da” for a town of origin, as in Leonardo da Vinci.

Occupations inspired names such as Zappa for farmer or Botticelli for barrel-maker (the nickname later given to the artist Alessandro di Mariano di Vanni Filipepi, better known as Sandro Botticelli, whose brother made barrels). Others acquired names inspired by their appearance (Basso for short, Rosso for red head) or personality (Benamato for well-loved, Bentaccordi for congenial, Benedetto for blessed).

Orphans, abandoned anonymously on church steps, were given names such as Esposito, from the Latin for “placed outside,” Poverelli for “poor little ones,” Trovatelli for “little foundlings” or Orfanelli for little orphans.

The “nomissimo” (most used name) in Italian has long been the Virgin Mother’s. According to Il Grande Libro dei Nomi: La storia e l’influenza del nome sulla personalità (The Big Book of Names: The History and the Influence of the Name on Personality), a woman with any variation on Maria—from Mia to Molly to Marion—is emotiva (emotional), affettuosa (affectionate), passionale (passionate) and endowed with tenerezza (tenderness) and amore del quieto vivere (love for a quiet life).

Names also can reflect parental emotion. In 1500 a Florentine father presented with a new son kept repeating, "He is welcome! He is welcome!" And this is how the sculptor Cellini got the name  Benvenuto (welcome).

Several years ago we asked a friend of ours in Rome who was expecting his first child if he wished for a boy or a girl. “Non importa” (it doesn’t matter) he said. “It will be a joy.” And when she arrived, her delighted parents named her “Gioia.”

Although we weren’t aware of it when we chose our daughter’s name, Julia is derived from Jove or Zeus, the king of the ancient gods. A Giulia is brillante e vivace (sparkling and lively), with amore per l’arte e il lusso (a love for art and luxury). Ours has also been una gioia benvenuta!

in nome di — in the name of

Dianne Hales is the author of La Bella Lingua: My Love Affair with Italian, the World's Most Enchanting Language.  Click here for more information on joining her for a week of writing, cooking, and savoring Italian pleasures in Capri this fall.

Click below to listen to Puccini's aria on the name "Mimi" in La Boheme: