Wired in the Italian Language 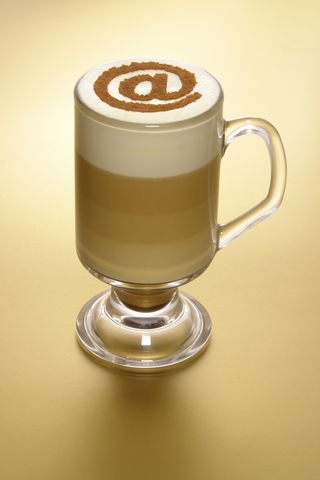 Italy is becoming more wired (cablati) than ever. In the last year technological literacy (alfabetizzazione tecnologica) has been growing (in crescita) steadily—despite infrastructure problems (i problemi delle infrastrutture) and claims of “una digital divide" in a paese connesso a macchia di leopardo (country connected like the spots of a leopard, meaning “here and there").

According to recent data, some 35.8 million Italians between the ages of 11 and 74 say they access the internet (accedere a internet)—an increase (un aumento) of 6.9 percent from the year before. On an average day (in una giornata media), 12.7 million Italians go online (vanno online), spending (trascorrendo) an hour and twenty-three minutes in front of an electronic screen (schermo).

The greatest number — 33.8 million, or 70 percent — gain access from their homes with a desk-top computer (computer fisso) or a laptop (computer portatile). Others go online from places of study, internet cafes and libraries. The availability of mobile access grew by 55.4 percent in 2011, with 9.7 million Italians now accessing the internet from their cell phones (cellulari), iPads or Androids. Apple products are so popular in Italy that a recent headline declared the company “la regina dei computer” (queen of computers).

Although it’s easier than ever to connect (connettersi) to the internet in Italy, it helps to speak the same language its computers do. Italians have borrowed a lot of computer jargon from English, including words like il computer, l’e-mail, il mouse and il sito web.

But rather than check e-mails, you have to controllare la posta to see if a message (messaggio) has arrived in your inbox (posta in arrivo). You can then choose to reply (rispondi), compose a new message (nuovo messaggio), close (chiudi),  print (stampa), send an attachment (invia allegato), forward (inoltra), delete (elimina or cancella), save (salva), or put spam (mail spazzatura or posta indesiderata) in the trash (cestino).

Once you upload (caricare) or download (scaricare) a file, you can move (spostare) it to a folder (cartella) or compress (zippare) it. You also can surf (navigare) the internet to find a chat room (stanza della chat) to visit, or you can shop at an italian site. Most use a functional shopping cart (carrello) for purchases, but I always smile when asked if I want to place my selection in a wishing well (pozzo dei desideri).

Then there are the words I hope you never have to use. “Il mio computer non funziona” (My computer isn’t working), I lamented in an internet cafe in Rome several years ago. “È bloccato?” (Is it frozen?) the manager asked. “È morto!” (It’s dead!) I replied, panicked that all my information was lost (perso), damaged (danneggiato) or deleted (eliminato).He expertly pressed a series of keys and rebooted (riavviare).

“È risuscitato!“ I exclaimed. “It’s come back to life!”

chiocciola — @ key (for the snail it resembles)