Words for “Woman” in the Italian Language 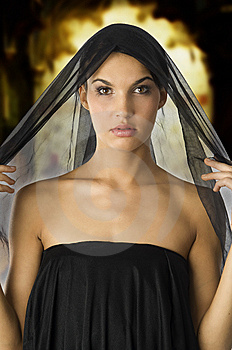 Italy celebrates la festa della donna (Woman’s Day) on March 8, when husbands, boyfriends and bosses present the women in their lives with bouquets of yellow mimosa. This international celebration is a relatively recent invention, created in 1911, but la donna has always played a complex, critical role in Italian life — and language.

No one may have understood this better than Nicolò Tommaseo, a nineteenth-century essayist and iconoclast whose passions included women and words. He demonstrated his devotion to the latter by compiling the Dizionario dei sinonimi, an encyclopedic narrative dictionary of Italian synonyms, published in 1864, and unmatched in any other language and literature. Italian alone, he contended—and in particular the Tuscan dialect that shaped the language—captures sfumature (nuances), the same word Italian uses for the subtle brush strokes of artists like Leonardo da Vinci.

In Italian, for instance, a donna can also be a:

*donnetta — common or ordinary woman, also an old maid or a woman of no value

*donnicciola — simple or stupid woman. gossip, or if used for a man, sissy or coward

A donnaiolo, however, is no lady, but a ladies’ man or womanizer.

Tommaseo further distinguished between una donna cattiva and una cattiva donna. (English speakers would translate both as a bad woman.) However, the phrases do not have the same meaning in Italian. Una cattiva donna dresses badly and presents herself poorly, while una donna cattiva is spiteful and full of malice. Either could be una cattiva moglie (bad wife), who isn’t good at running a household and caring for a family, or una moglie cattiva, with a mean or wicked spirit.

Fare la primadonna — to act like a prima donna

Né donna, né tela a lume di candela — Choose neither a woman nor linen by candlelight (to avoid a nasty surprise the next morning)

Dianne Hales is the author of MONA LISA: A Life Discovered and LA BELLA LINGUA: My Love Affair with Italian, the World's Most Romantic Language.