Words of and for Women in the Italian Language 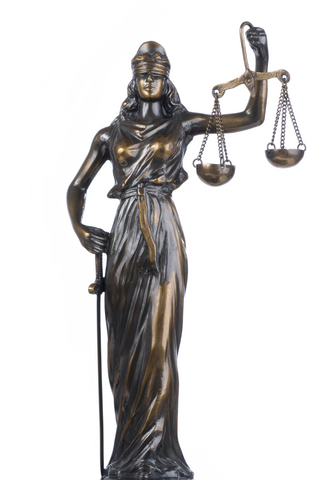 In English a lawyer — man or woman — is always a lawyer. In Italian only a male lawyer is an avvocato. Linguists are still debating whether a female with the same credentials should be called an avvocata (a term used in prayers to the Madonna in her role as advocate or protector), avvocatessa (“essa” being the feminine ending in words like dottoressa for a female university graduate), avvocato donna (lawyer lady) or donna avvocato (lady lawyer). The same holds true for architetto (architect), chirurgo (surgeon), magistrato (judge) and other traditionally male professions.

The use of feminine endings, which began centuries ago, often reflected ironia e sarcasmo (irony and sarcasm). In the Settecento (1700s), for instance, men coined the term “filosofessa” (female philosopher) to describe, with undisguised scorn, a woman who pretendeva di ragionare e dire la sua (thought she could reason and have her own say ) The same sarcasm appears in more recent terms, such as sindaca (female mayor) and ministra (female minister) as women took on new roles.

This ”lingua del disprezzo” (language of disdain), della Valle notes, is based on a vision of a masculine-centered world. La lingua rispecchia e segue la realtà (language reflects and follows reality). Rather than debating and legislating politically correct terms for male and female professionals, she notes, it is more important to modify and improve the situation (modificare e migliorare la situazione).

In time sexist terms will run their course (esaurire il loro corso), she predicts, remaining only as a historical testament to the past. When the reality (and then the language) change, words will no longer be only feminine and deeds only masculine (le parole non saranno più solo femmine, i fatti non più solo maschi).

I was delighted to find myself living proof of how Italian is moving beyond sexist distinctions. When I was honored recently by the Italian government, I became un cavaliere (knight)—a term that has always been masculine and  now applies to both sexes, with no feminine equivalent of the English “Dame” rather than “Sir.”

“Why should there be?” asked an Italian friend, who quoted another old proverb, one that indicates a fuller appreciation of women: “The arm is masculine, but the head is feminine.” (Il braccio è maschio, ma la testa è femmina.)