Worshipping the Goddess in Sicily 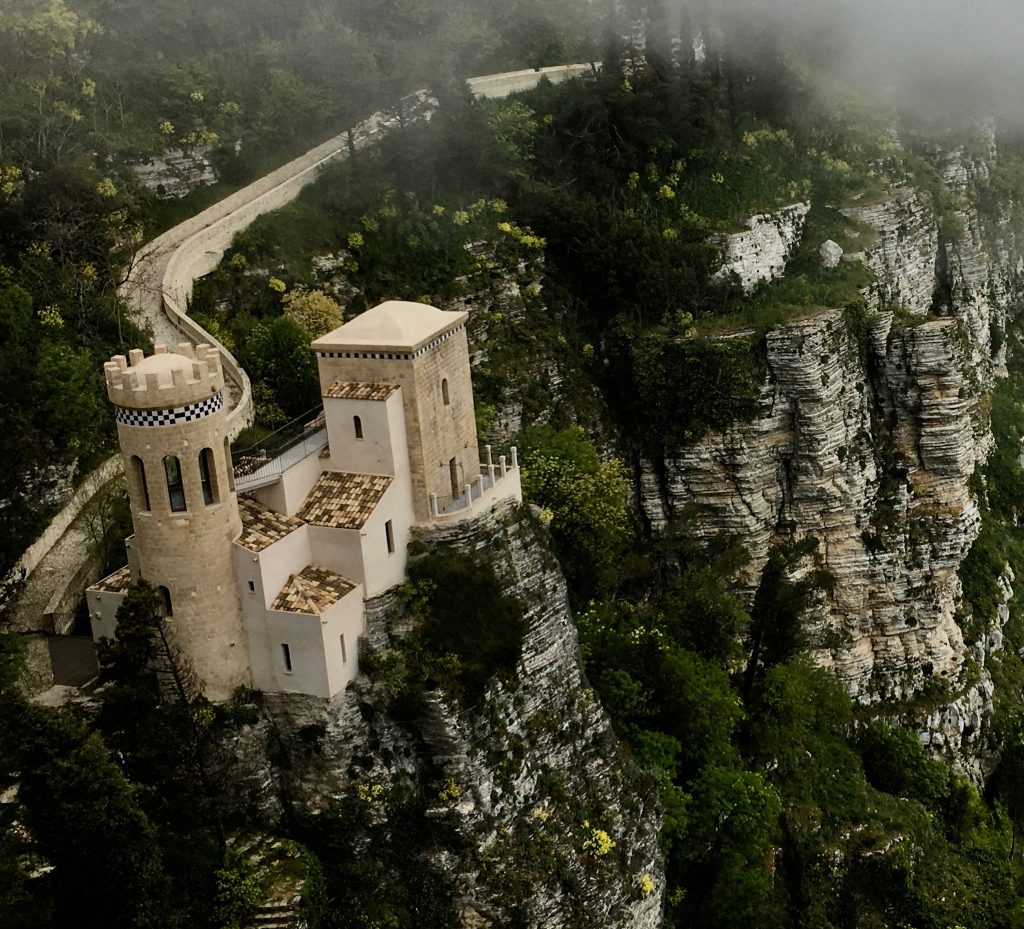 Once upon a myth, Cronus, son of the god of the sky, castrated his despotic father. Uranus’s testicles fell into the sea, which gave birth to a fully formed woman who floated upon a wave that swept a magic mountain to the northwest tip of Sicily. In a temple atop this cliff, perched between sky and sea, the earliest tribes worshipped the Mediterranean Mother; the Greeks, Aphrodite; the Romans, Venus.

Here in the village of Erice, named for a son of Venus, beautiful maidens served as her priestesses. Night and day, winter and summer, they lit torches in a high tower visible to ships from every direction. Landing in the port of Trapani, sailors clamored almost 2,500 feet up the steep mountainside to worship at the shrine—although more for passion than piety. In a ritual delicately referred to as “embracing the goddess,” the men lay with Venus’s lissome handmaidens, who granted their lovers protection from the perils of the sea. The sailors left as their parting gifts the children who would populate the land. 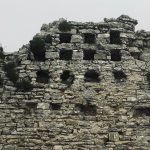 On the day that I visit, Venus’s temple, wreathed in mist, seems suspended in a cloud. Although many structures have toppled, the “cleansing pool” where the priestesses bathed still stands, as does a dovecote. Every August, according to legend, the maidens would morph into doves and fly to a sister shrine in Africa for a nine-day festival, returning with red-winged Venus in the lead.

Long after the temple’s destruction, the tradition of “sacred prostitutes” providing comfort to sailors from afar continued. In time, Venus gave way to the Madonna, and a Christian church rose above the pagan temple. Devout young women still trekked to Erice, but to serve in a totally different capacity, dedicating their lives to the worship of God as cloistered nuns.

To support themselves and the orphans they sheltered, the nuns created heavenly sweets with cheese, nuts, and other local delicacies. A large horizontal wheel carried these mouthwatering treats from the convents’  darkness to customers, who deposited money without ever glimpsing the nuns’ faces. 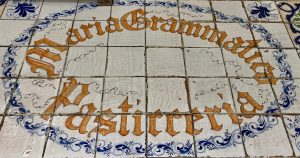 On Erice’s main street, I step into a former orphanage that now houses the bakery of Maria Grammatico, who learned how to make pasta di mandorla (an almond paste similar to marzipan) as a girl. In a Dickensian workhouse, she rose before dawn to fire the ovens, scour pots, and shell and crush almonds. With no dolls or toys, the girls worked every day except Christmas and Easter (when they attended church), their only treats an ice cream on Ferragosto (August 15) and an occasional piece of fruit. Yet out of this bleakness emerged sublime confections.

After leaving the orphanage in 1963, Maria opened a confetteria that produces sweets eagerly devoured by tourists. I buy an assortment—sospiri e desideri (sighs and desires), genovesi (known elsewhere as minni di virgini or virgins’ breasts), panzerotti (little bellies)—and sit on a bench overlooking the bay where Trapani stretches its long breakwaters into the surging sea.

Surrounded by all the female spirits who lived amid the mists of Erice, I savor the timeless blend of the decadent and the divine, passion transfigured into the taste of bliss.