You Never Know What You’ll Find in the Italian Language 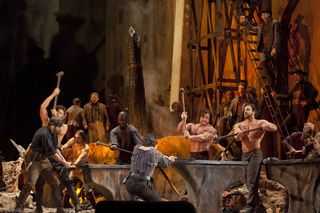 One of my favorite Italian sayings captures a universal truth: “Chi trova un amico trova un tesoro.” (Who finds a friend finds a treasure.) But that’s not all you can trovare in Italian.

If you like something, you can say that you find it good (trovarlo buono). If you don’t, you can find fault (trovare da ridire) with it. At times you may need to find an excuse (trovare una scusa) or decide to leave things as you find them (lasciare il tempo che trova). If you find yourself feeling uncomfortable in a situation or environment (a dodgy neighborhood, for instance), you might say, “Mi trovo male” (literally I find myself bad).

English speakers “visit” both places and people. Italians generally use visitare when they go to a physical location, but choose the more lyrical phrase andare a trovare qualcuno (going to find someone) for visiting a person. The visitor may be greeted with an enthusiastic "Ti trovo benissimo!" (You look great!) As they take each other’s leave, friends may say, “Ci troviamo presto” (We will find each other soon.)

“Chi cerca trova” (who seeks finds—another way of saying, "Seek and you shall find"). But If something has completely and utterly disappeared, it simply can’t be found (non si trova) or is unfindable (introvabile). If you come upon a lost valuable, you might shout “Finders keepers!” or, less pithily, "Chi trova qualcosa se la tiene" (who finds something holds or keeps it).

Infants who were abandoned outside of Italian churches and convents were dubbed trovatelli (foundlings).  I’ve always thought it would be interesting to work as a trovarobe (literally a stuff-finder) who rounds up costumes and property for a theatre. Only in researching this post did I learn that il trovatore (also the title of Verdi’s splendid opera, featured in the above photo of a San Francisco Opera production) derives, not just from troubador, but from an earlier word for "finder."

All of us, of course, have to trovare la via (find one’s way). During the mass emigration of Italians to find work overseas in the late 19th century, the phrase “trovare l’America” (to find America) came to mean finding the pot of gold at the end of the rainbow. This expression seems poignant these days—non trovi? (Don’t you think?)

trovabile -– capable of being found (raro)

la trovata –- a contrivance or trick

“Trovare pane per i propri denti“ — to meet one’s match

You can't find music more stirring than the finale from Il Trovatore performed by three of opera's greatest stars:

← The Most Cherished Italian Space: The Piazza Celebrating the "Treasure of Europe" in the Italian Language →
FOLLOW BY RSS